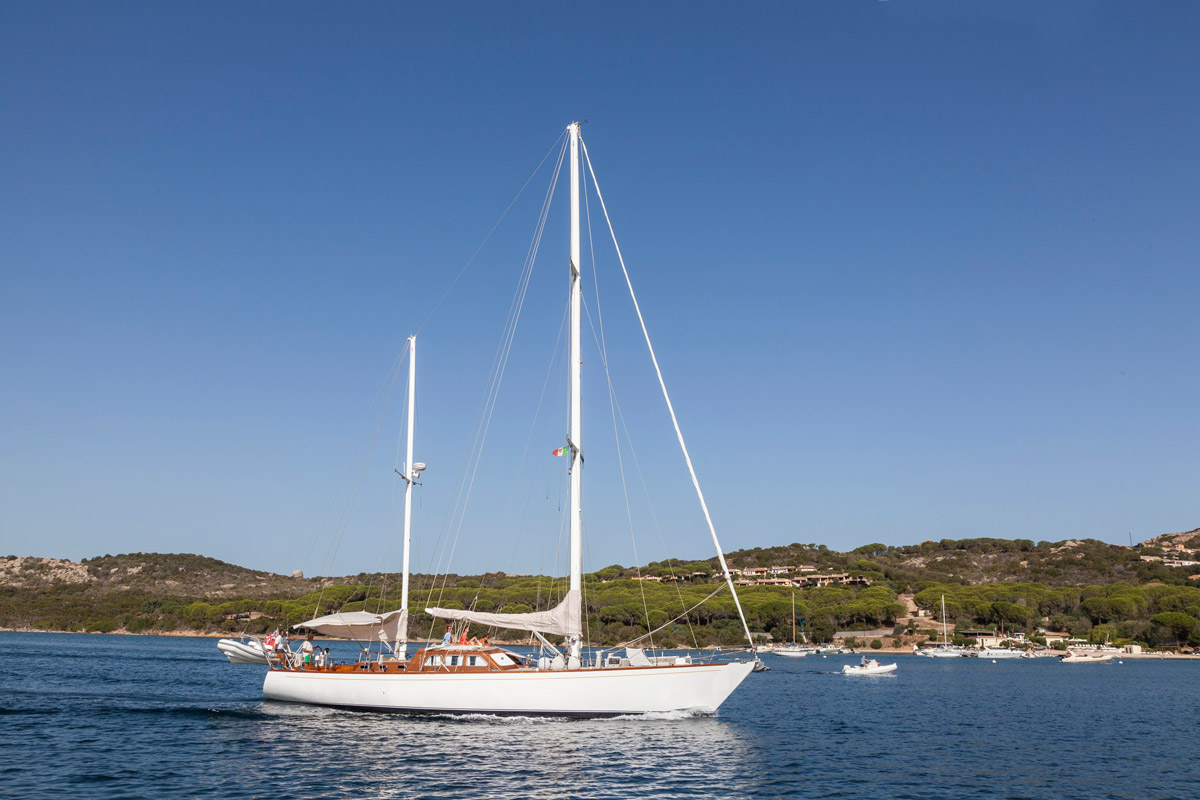 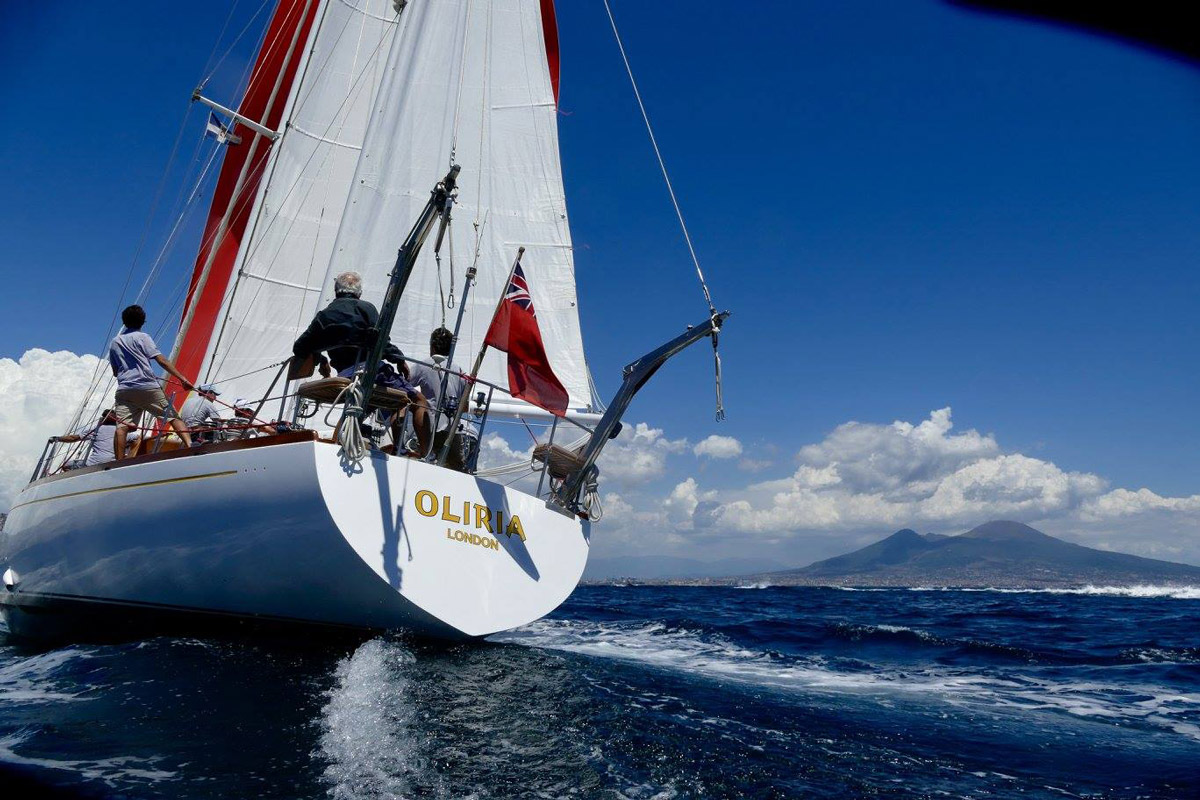 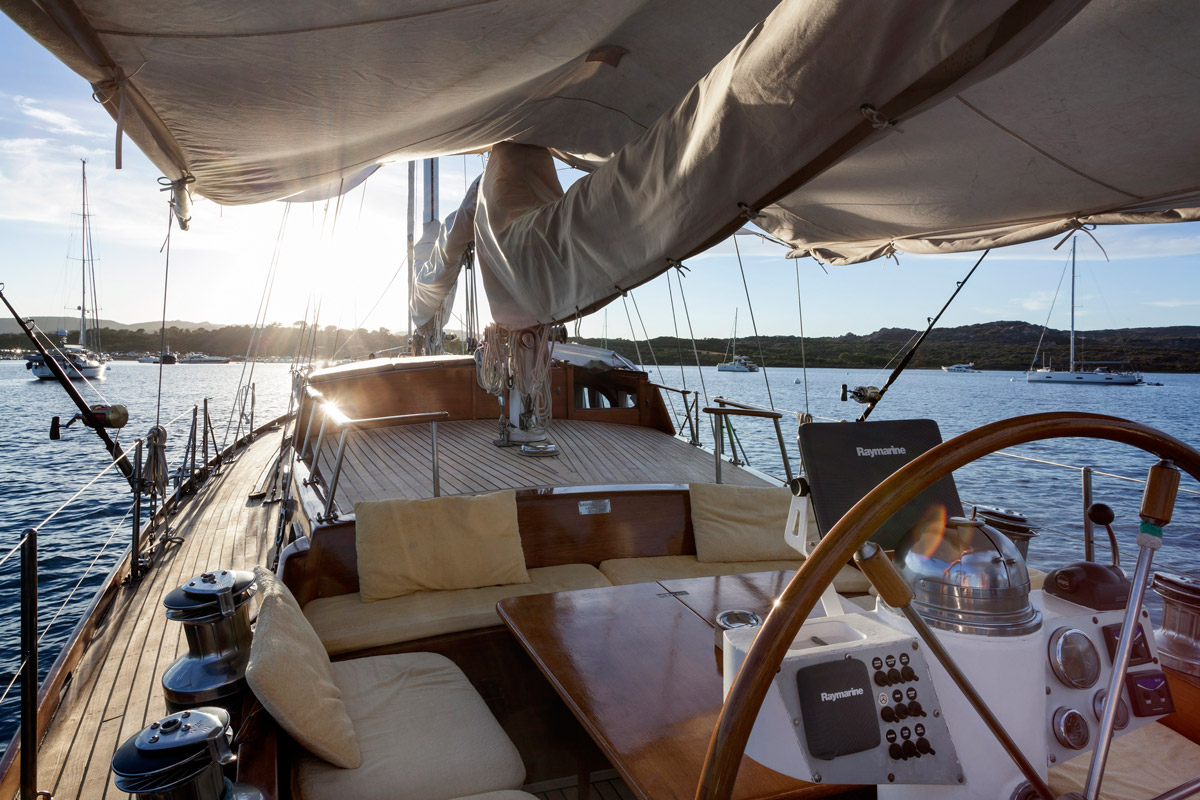 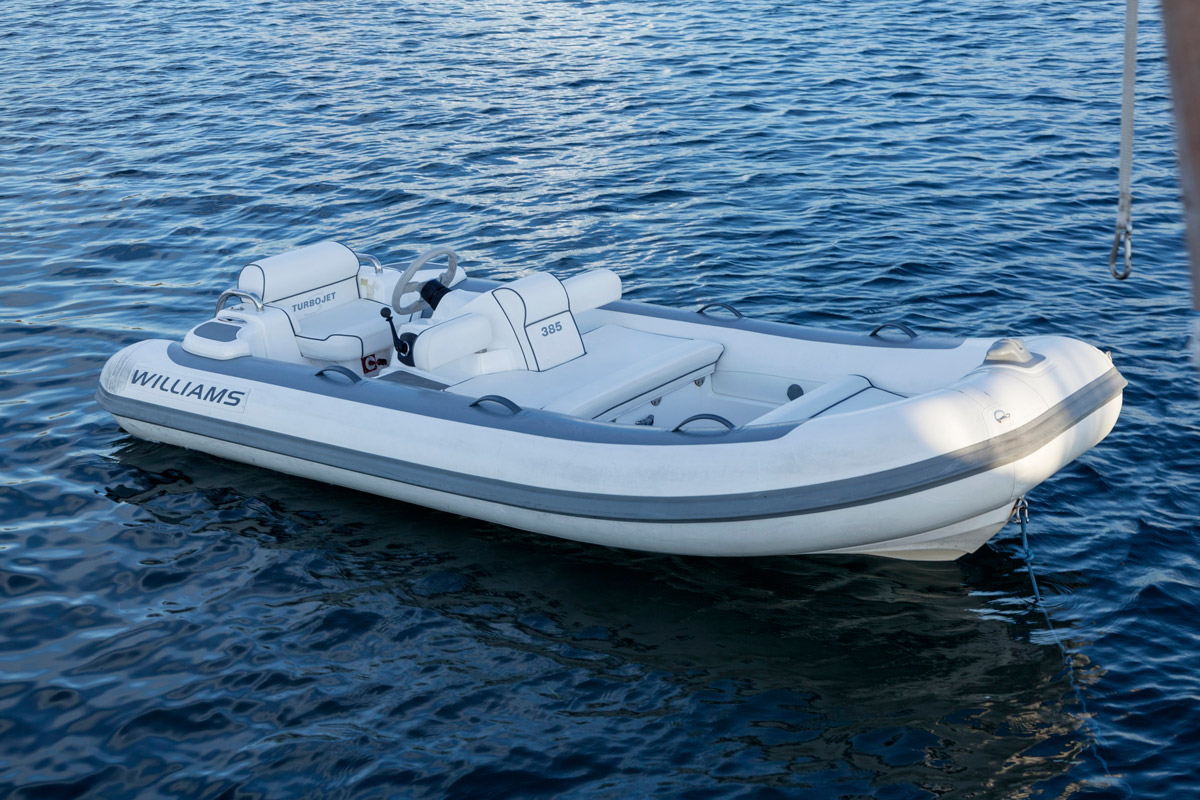 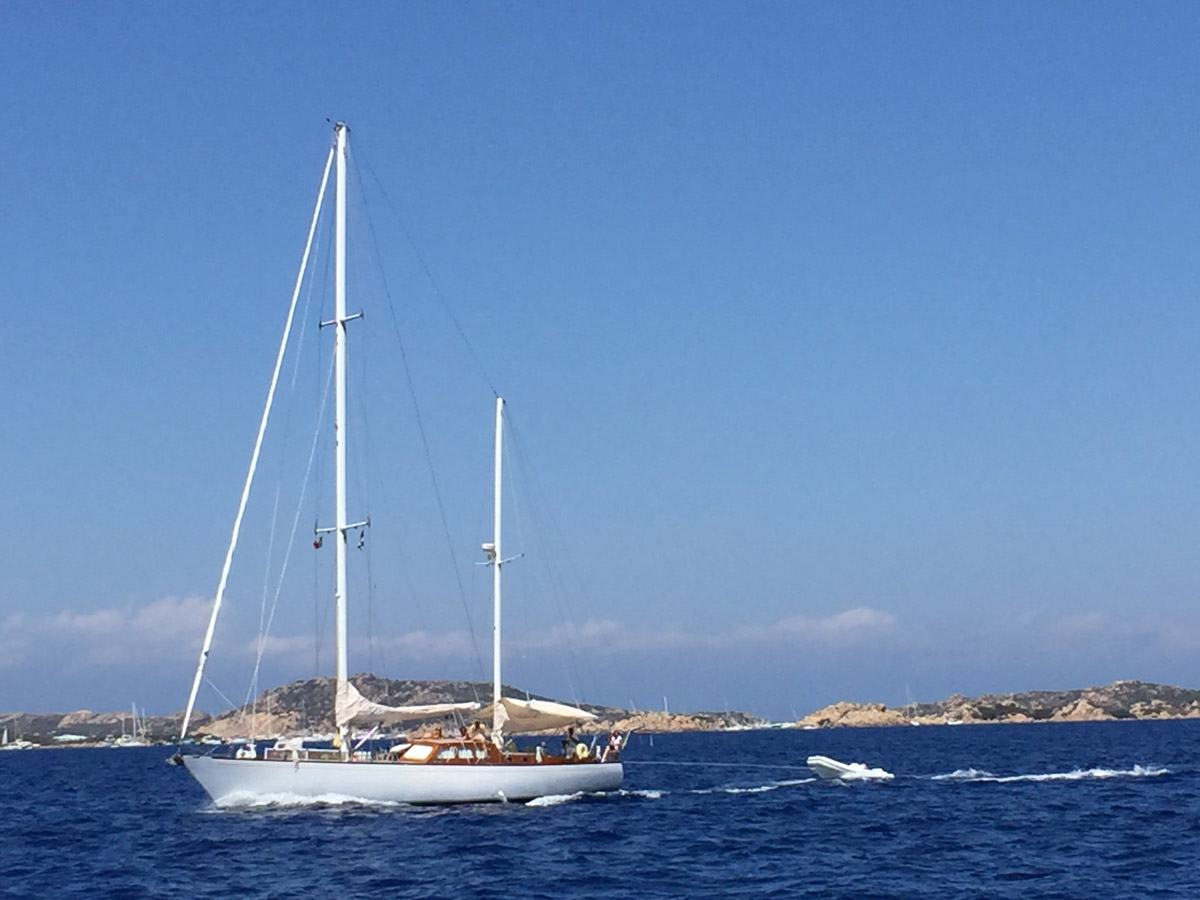 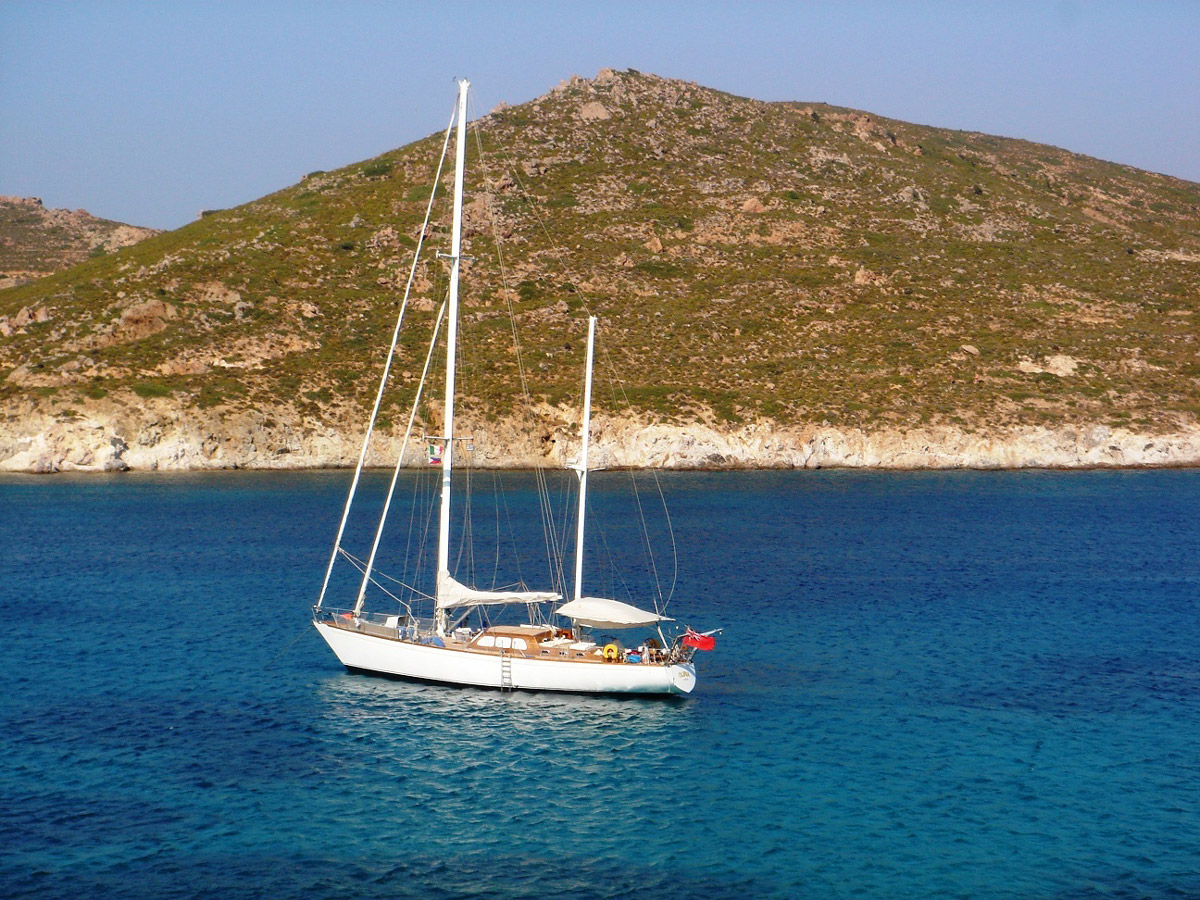 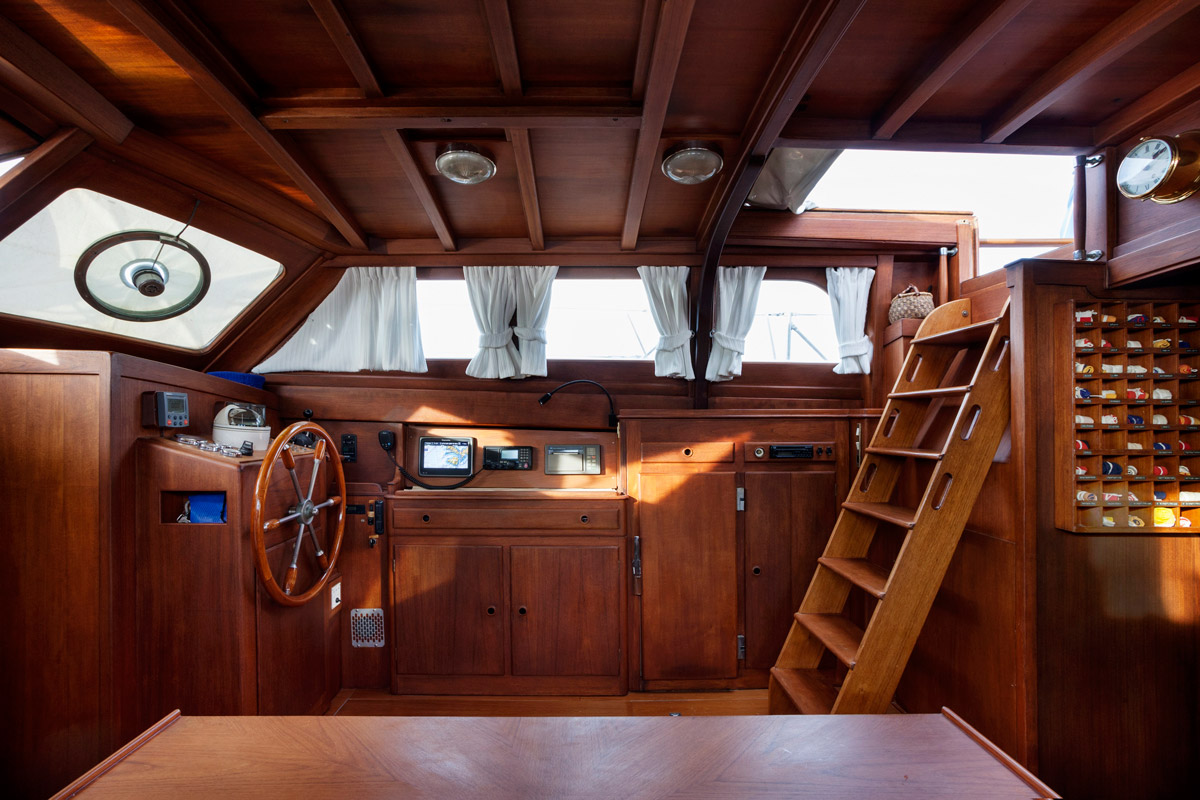 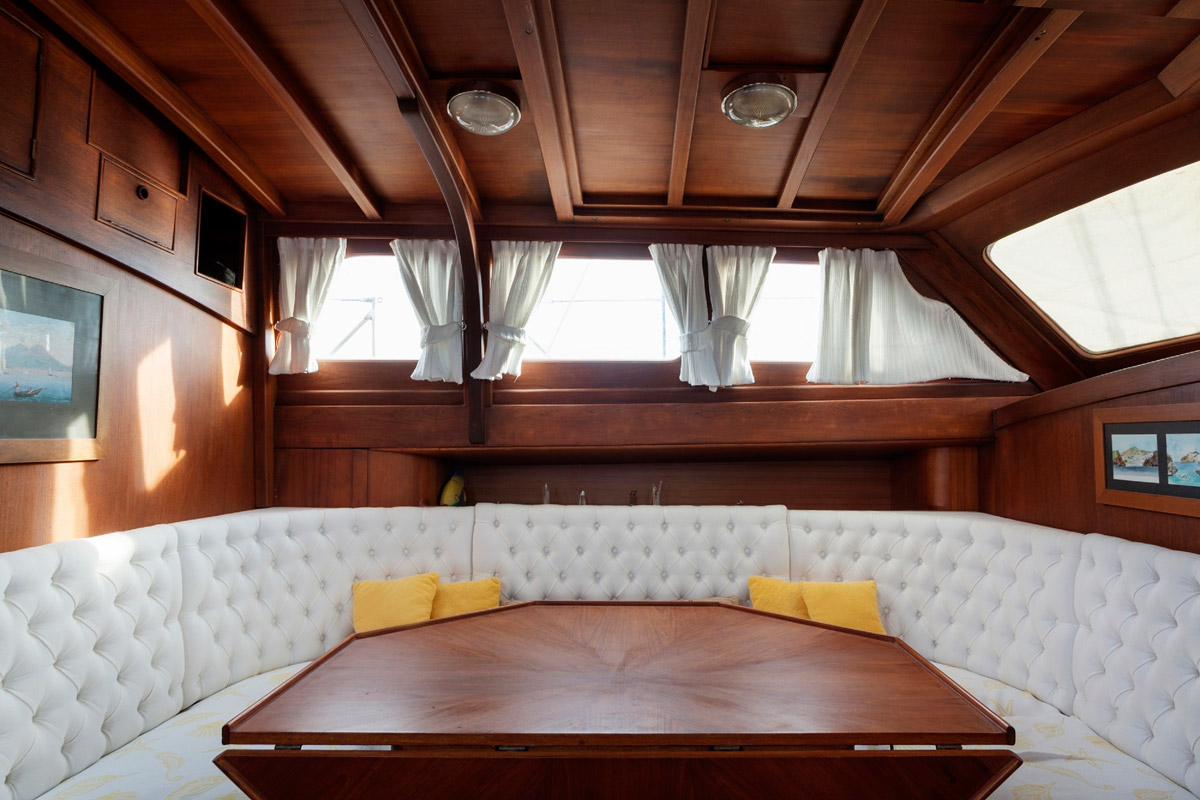 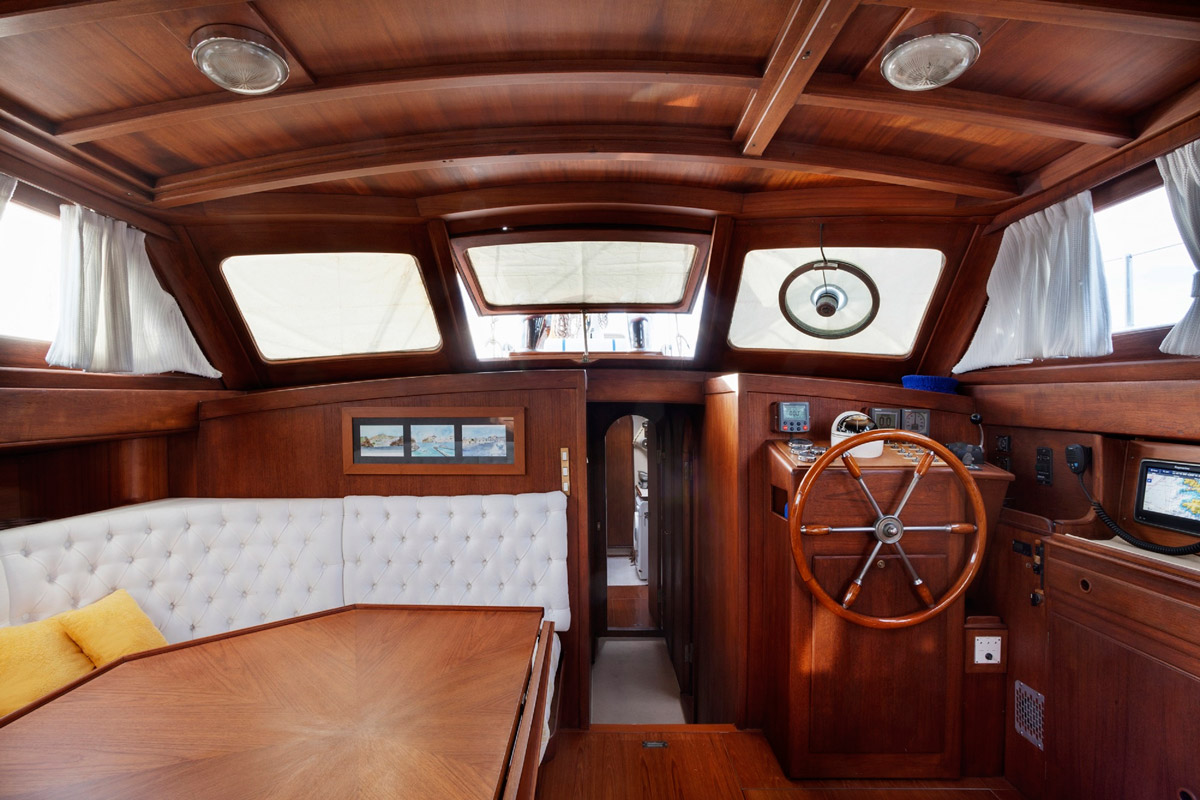 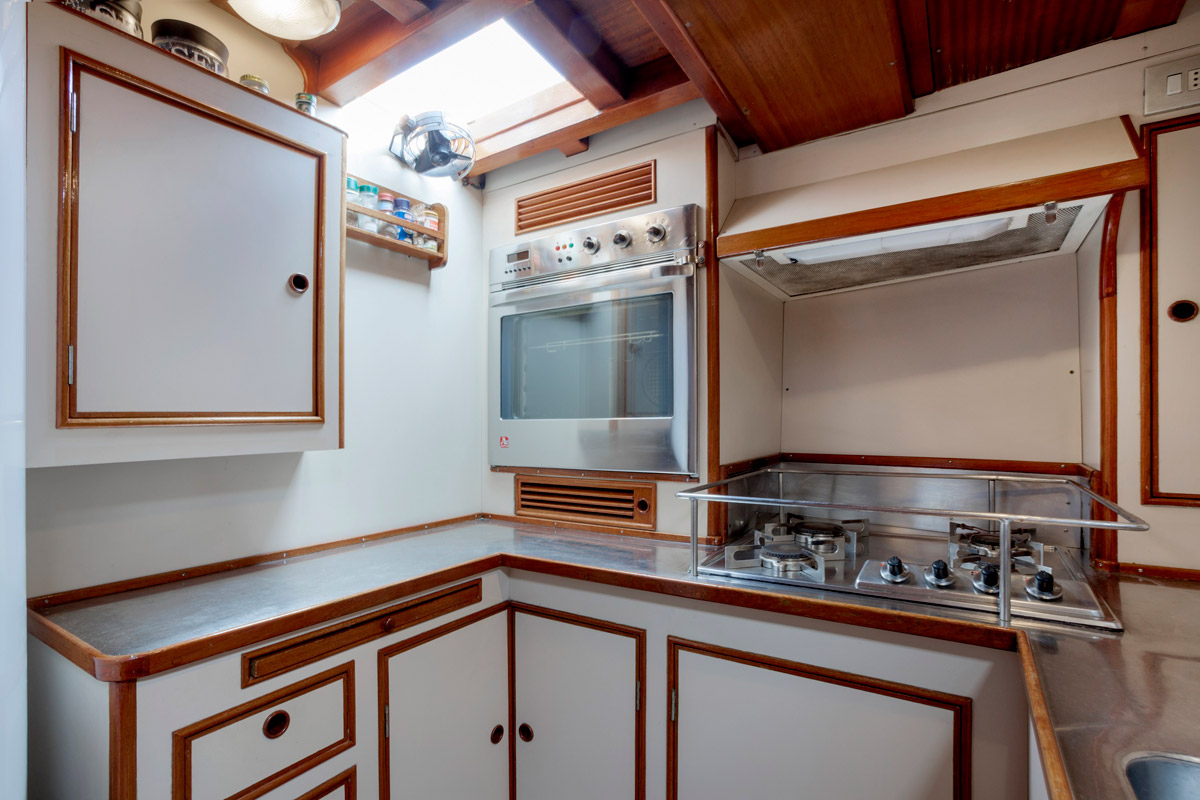 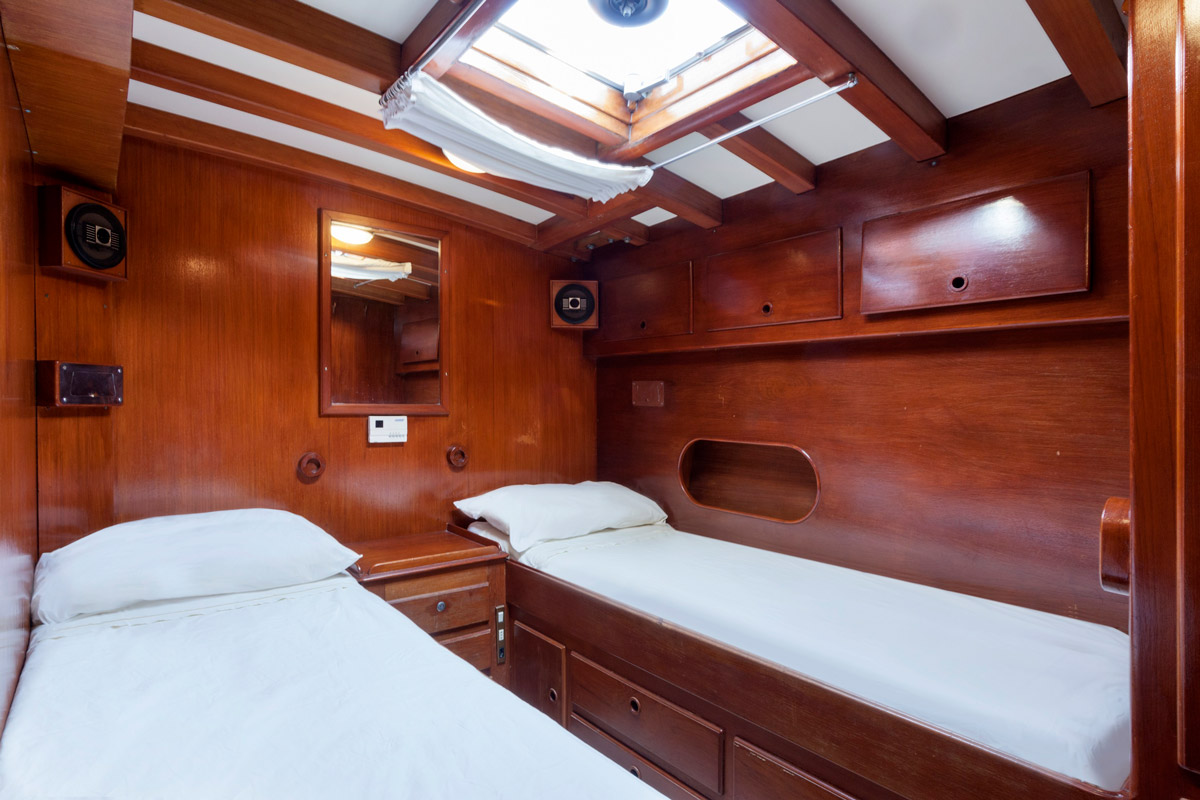 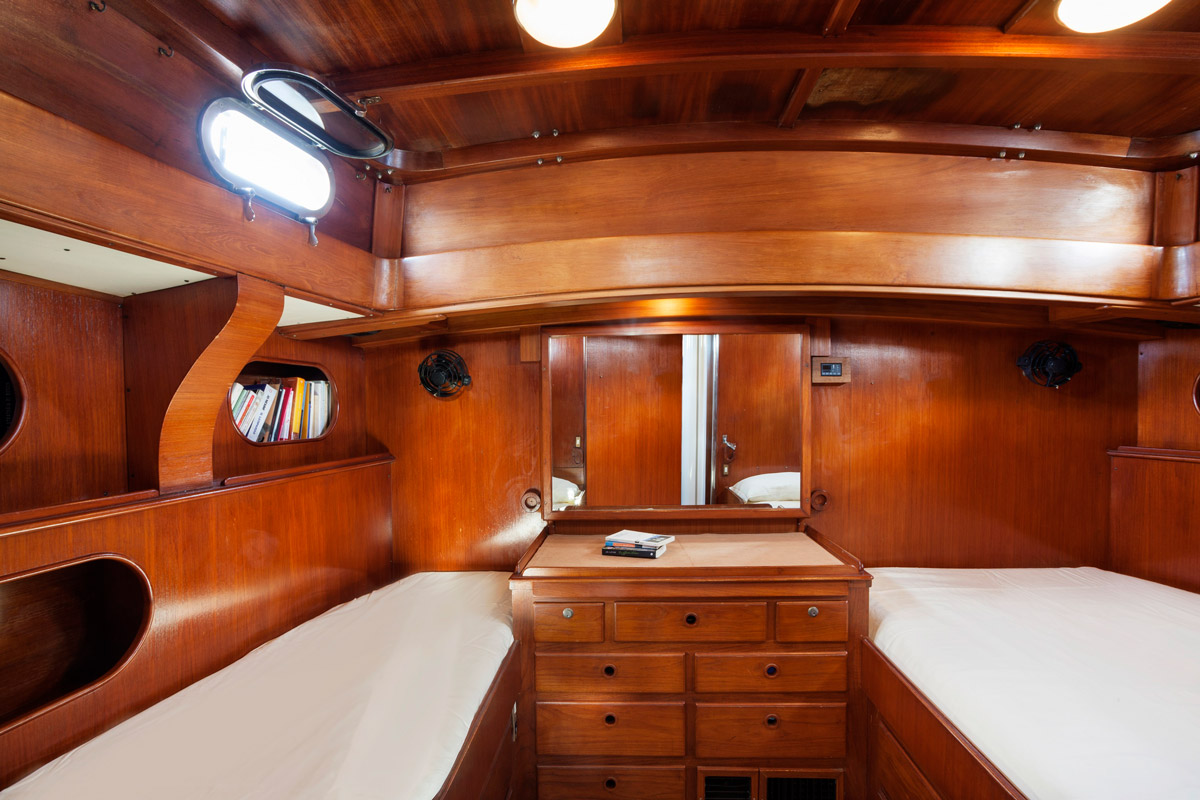 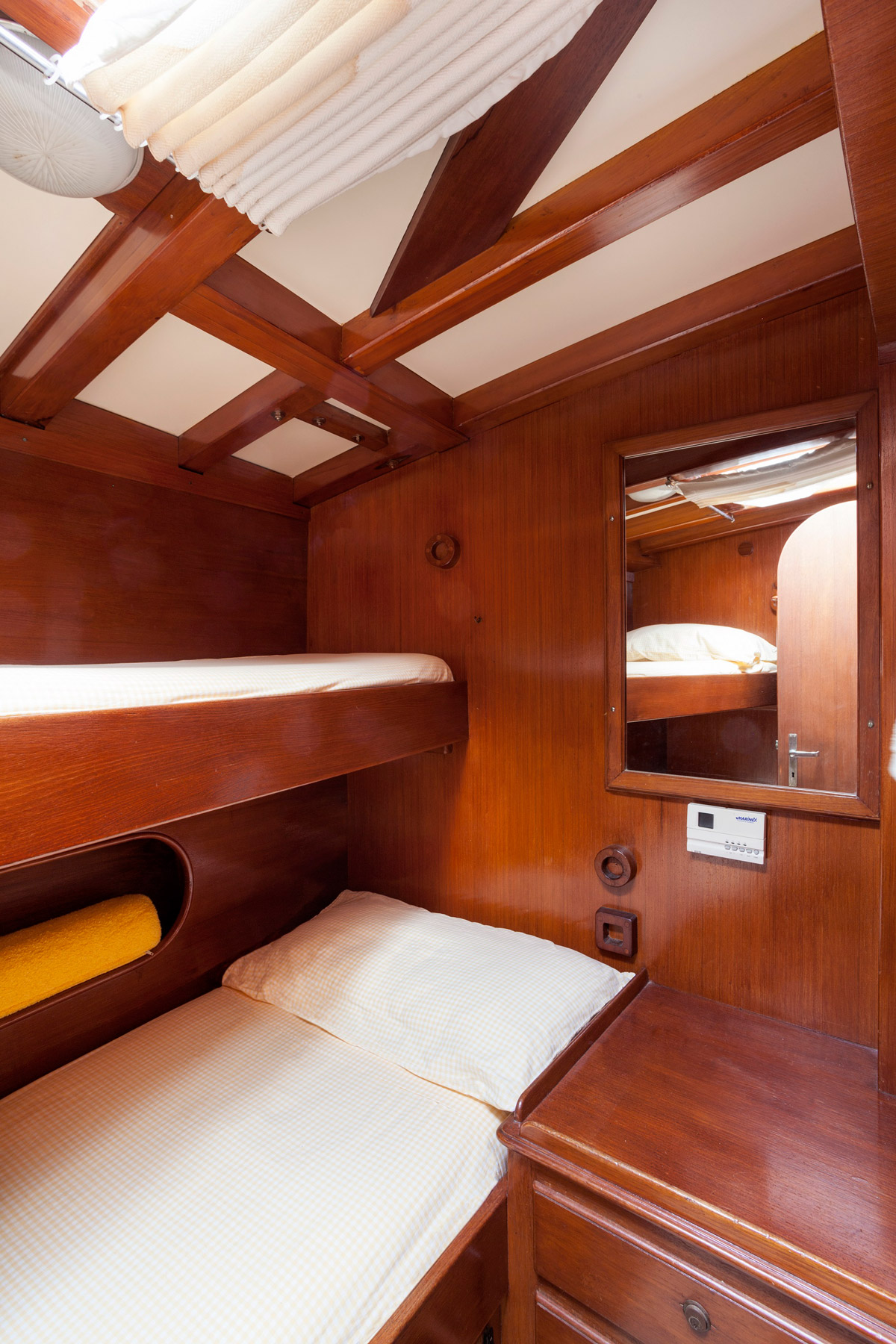 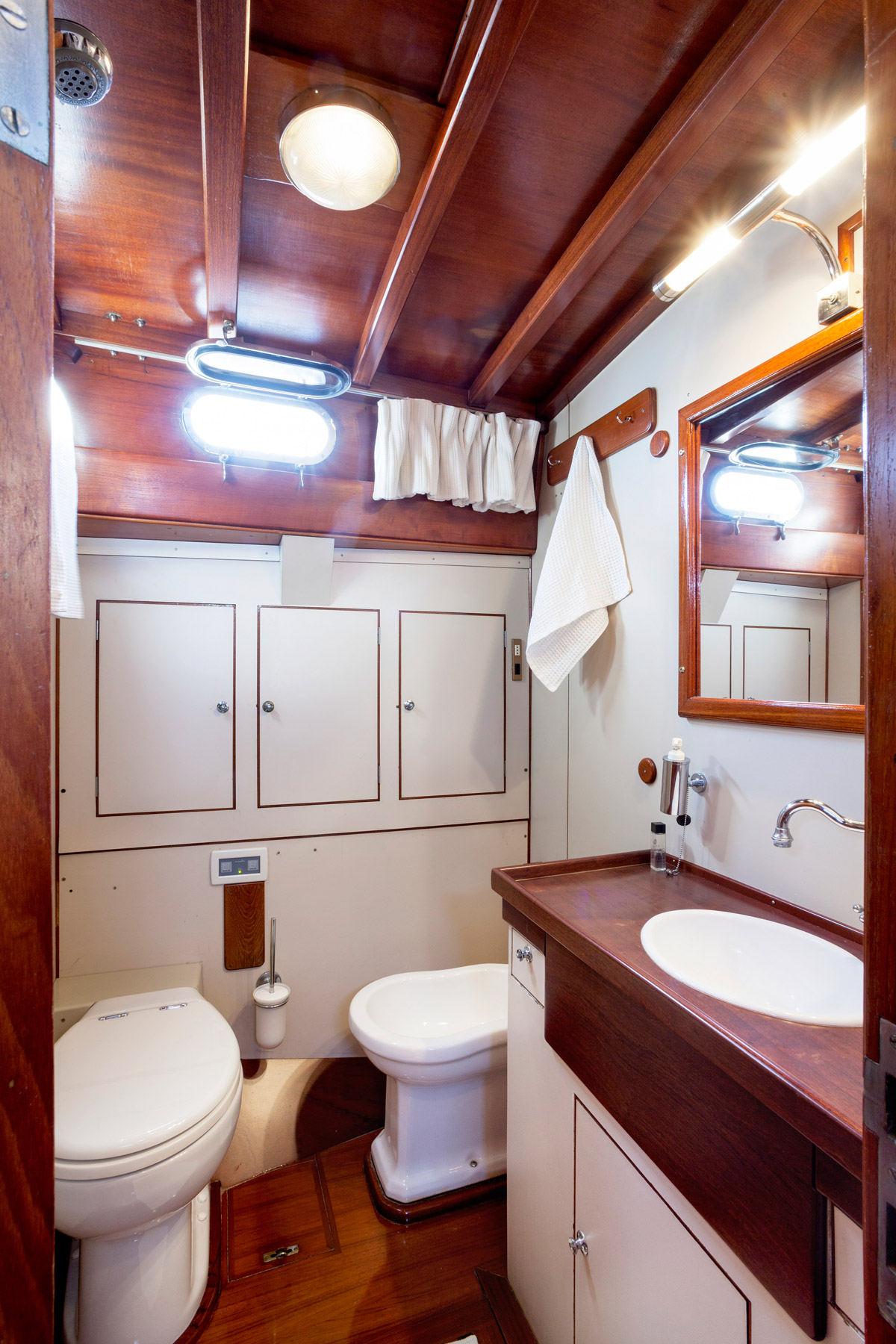 Oliria is a Bermudian ketch built on 1975 by the Sangermani yard in Lavagna,
construction N.201, and launched in 1976.
Oliria’s merit is that she has only had two owners so far, and she has never been rented out for charter.
The first owner had the yacht from 1976 to 1998 and the current owner from 1998 until today.
The care with which Oliria has been kept can be seen by visiting the yacht and by considering the maintenance work done over the years, especially by the current owner.

Accommodation
The master bedroom at the stern has a double and a single berth with a separate full bathroom
The first guest cabin has two single berths
The second guest cabin has an upper and a lower berth
There is a shared bathroom for the two guest cabins
The large main saloon provides excellent visibility and sitting area for eight people.
The saloon includes a navigation area, an inside steering station and the second refrigerator
The galley is a generous size with :
Alpes four-burner cooker, Alpes oven, main refrigerator, ice-maker, washing-machine
There is a crew cabin with a separate toilet at the front.

Enquire
acceptance privacy
Newsletter yesno
[recaptcha]
This website or its third party tools use cookies. By closing this banner, scrolling this page, clicking a link or continuing to browse otherwise, you agree to the use of cookies.okcookie policy
Scroll to top